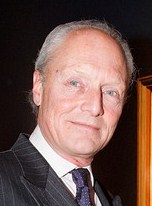 Welcome to the website of my firm, Dr Fabian Stein & Co Ltd. We buy, sell and give advice about Continental silver, in particular German and Russian silver and goldsmiths‘ work.

I am an art historian with more than 40 years of experience in the art world, beginning after school in 1973 as a trainee at Neumeister auctioneers in Munich and working part time for a dealer specialising in antique silver, exhibiting at fairs in Munich, Cologne and Hanover, and also worked for Christie’s in Geneva.

I studied history of art at university in Munich and Freiburg, spent two years on research in Paris, mainly at the Cabinet des Dessins du Louvre, finishing with a PhD on Charles Le Brun, „La Tenture de l’histoire du Roy“. This is a magnificent series of tapestries from the Gobelins factory which illustrates the early reign of Louis XIV of France; the designs came mainly from the court painters Charles Le Brun and Adam-Franҫois van der Meulen.

From 1983 to 1985 I worked in Hamburg at the Museum für Kunst und Gewerbe as co-author of an extensive study and handbook on Hamburg silver, published by the well known collector Erich Schliemann.

In 1985 I moved to London to join Alexander von Solodkoff at Ermitage Ltd. We dealt in Fabergé, Russian works of art and Continental silver, selling to collectors and museums all over the world, and participated in TEFAF Maastricht for a number of years.